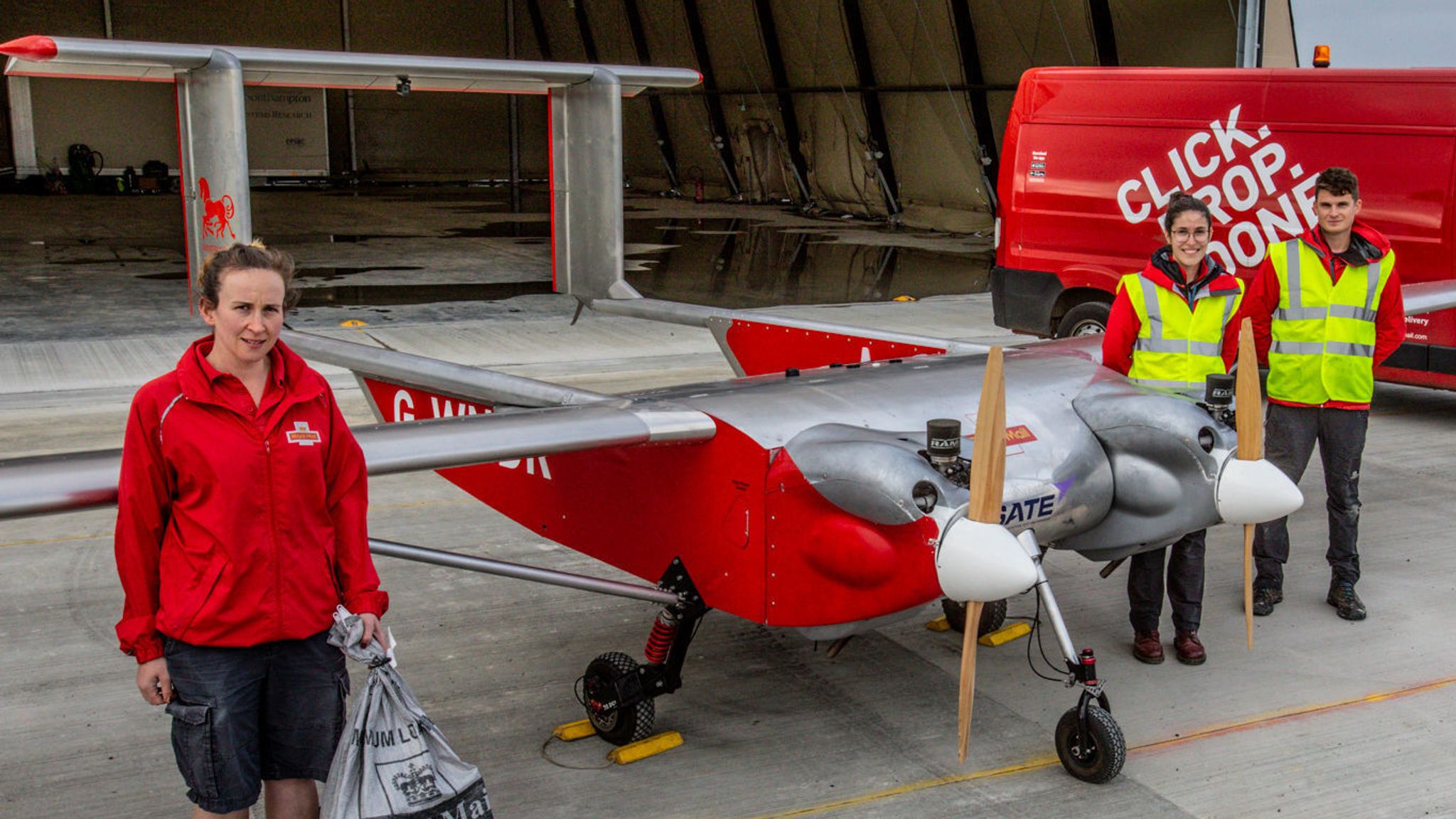 The company claims it will eventually deploy 500 drones to service all parts of the United Kingdom, and its CEO claims it will help cut carbon dioxide emissions.

Over the next three years, Royal Mail plans to utilise up to 200 drones to build 50 new “postal drone routes.”

The Hebrides, Isles of Scilly, Shetlands, and Orkney Islands will be the first to benefit from them, as they will assist bring speedier and more dependable services to isolated areas.

Ferries, regular aircraft, and ground transport are used to deliver to these places, however inclement weather might cause delays.

According to Royal Mail, the drones will also assist reduce carbon emissions.

Over the previous 18 months, four experiments have been conducted in locations such as Scotland’s Isle of Mull and Cornwall’s Isles of Scilly.

The new service’s test flights have also covered a nearly 100-mile round trip between Shetland’s Lerwick and Unst in the north.

They’ve transported up to 100kg of mail on two daily flights, and when they arrive, the mail is transferred to the local delivery person, who drops it off as usual.

The 50 new services are in collaboration with drone company Windracers and are subject to Civil Aviation Authority certification.

The Royal Mail said it hoped to eventually have 500 drones covering the entire country.

“On-time delivery regardless of our clients’ location or the weather, while conserving our environment, is our goal,” stated Simon Thompson, the company’s CEO.

“Despite our extensive travel, Royal Mail has the lowest CO2 emissions per parcel delivered.” This programme will assist us in further reducing our emissions.”