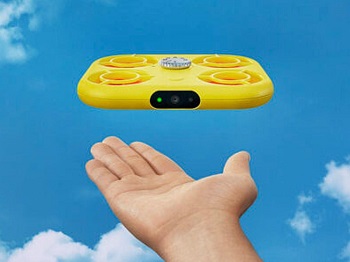 Snap’s new “Pixy” drone is designed for folks who enjoy taking images but don’t want to deal with the trouble. The small drone is a personal photographer who takes images while following you around.

Snapchat’s parent firm, Snap Inc., is experimenting with another hardware aspect after launching Snapchat Spectacles. The Pixy, which costs around $250 ($19,153), was initially seen at Snap Summit, where the firm outlined a number of plans for the future of Snapchat.

Snapchat describes Pixy as a “pocket-sized, free-flying buddy that’s a fit for adventures large and little” in a news release.

What distinguishes Snapchat’s Pixy?
The Pixy, unlike most other drones on the market, does not require a controller device. It comes with four pre-programmed flight patterns. Users may just push a button to make it move, allowing it to float, orbit, or follow you for photos. When your time with Pixy is up, it appears that it will come and sit on your hand.

12,000 Indian teachers will be trained on augmented reality learning tools by Snapchat and Niti Aayog.

Every video taken with Pixy will be shared to Snapchat Memories, where users can edit it as needed. The media can then be shared via Chat, Stories, Spotlight, and even other apps once it has been processed.

A single battery is included with Pixy. Users should anticipate to pay $19.99 each (1,500) for additional batteries. Pixy users will get five to eight flights from a full charge, each lasting 10-20 seconds.