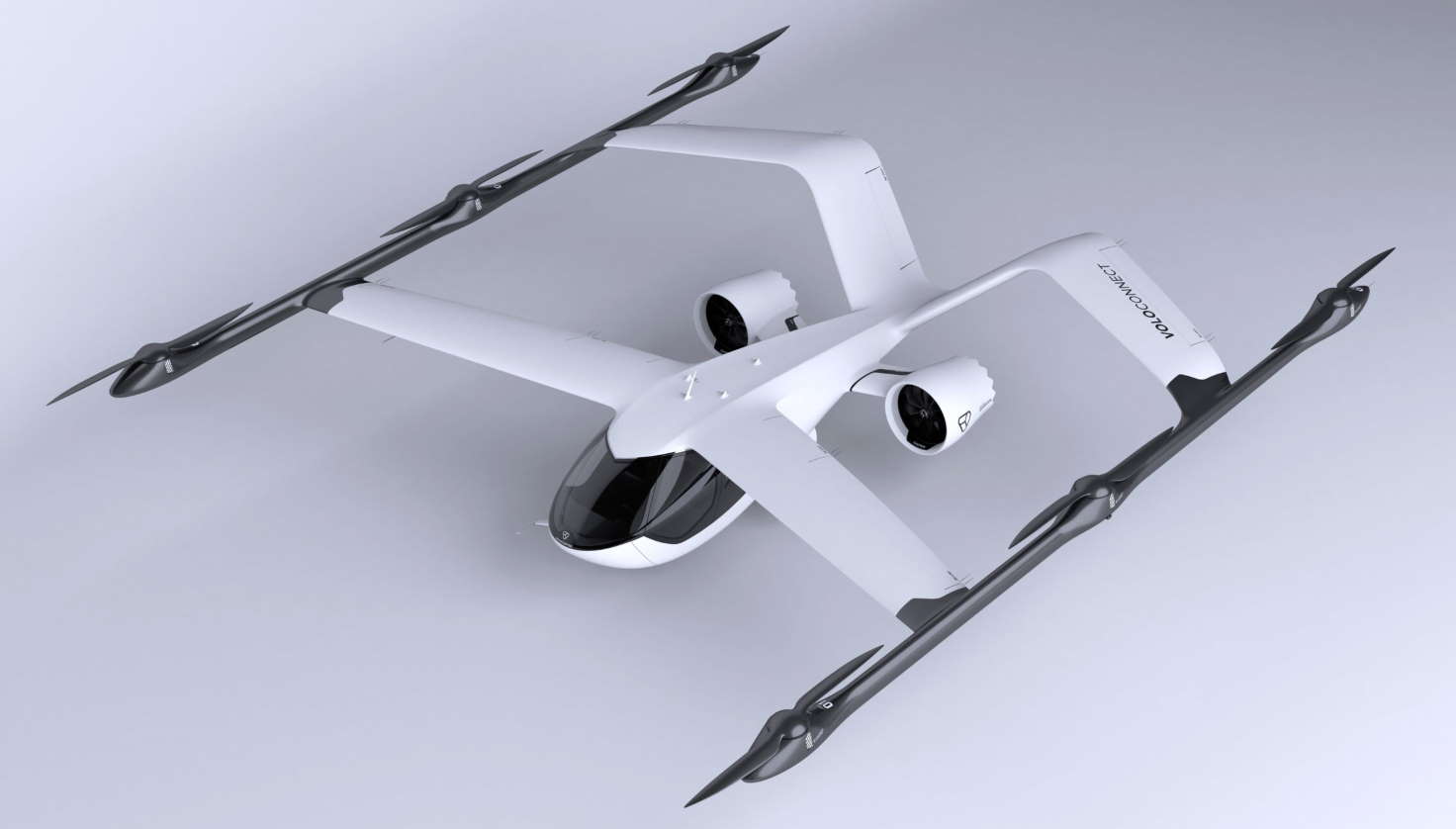 The entire addressable market for Volocopter’s family of eVTOL aircraft has grown to USD 290 billion thanks to VoloConnect.
A lift and cruise aircraft can seat up to four people and has a range of more than 60 miles.
For flight speeds of over 155 mph that are both safe and sustainable, zero operating emissions are  required.

Bruchsal, Germany / Bentonville, USA – Volocopter, the pioneer of urban air mobility (UAM), revealed today at the UP.Summit, an annual gathering of experts in transportation innovation hosted by investment firm UP.Partners, that its fixed-winged passenger aircraft, the VoloConnect, conducted its first flight in May 2022. Volocopter is the only eVTOL (electric vertical takeoff and landing aircraft) developer in the world with a whole fleet of different aircraft configurations in flight testing.

With a range of over 60 miles and flight speeds over 155 mph, Volocopter’s third product solution, the  VoloConnect, delivers longer and faster journeys than any other Volocopter aircraft to date. The passenger plane’s increased range and cargo will enable business travellers and commuters to travel outside the city limits on routes such as Burbank to Huntington Beach in Los Angeles, California. Volocopter is poised to offer a greater range of passengers’ flying needs with the VoloCity and VoloConnect air taxi designs, which meet demand for metropolitan flights and suburban connections in heavily populated areas, respectively. Furthermore, the VoloConnect is scheduled to begin service in 2026, while the VoloCity is set to begin  commercial operations in 2024.

The VoloConnect, Volocopter’s third product solution, has a range of over 60 miles and a top speed of 155 mph, making it the longest and fastest Volocopter aircraft to date. Business travellers and commuters will be able to go beyond of the city limits on routes such as Burbank to Huntington Beach in Los Angeles, California, thanks to the passenger plane’s improved range and cargo capacity. With the VoloCity and VoloConnect air taxi designs, which fulfil demand for metropolitan flights and suburban connections in densely populated areas, respectively, Volocopter is ready to meet a wider spectrum of clients’ flying demands. Furthermore, the VoloConnect is slated to begin commercial operations in 2026, while the VoloCity is set to start in 2024.

The accomplishment of bringing the VoloConnect prototype to life is due to a devoted team in Munich, lead by Sebastian Mores, Chief Engineer, VoloConnect. “Seeing the VoloConnect soar into the sky represents the achievement of one of our important milestones and highlights just what we are capable of in a short period of time, in keeping with the firm’s overarching vision for crewed and uncrewed aircraft,” says the company. Mores also stated that “new technologies will be examined and gradually included over the overall programme development.”

According to EASA, the VoloConnect and other eVTOL aircraft were developed to meet the highest aviation safety standards (European Aviation Safety Agency). After only 17 months in development, the prototype flew for the first time in May 2022, performing a series of manoeuvres for 2 minutes and 14 seconds. All of the expected aerodynamics and performance elements of the future commercial model are included in the prototype.

The VoloConnect is a lift-and-cruise aircraft designed for missions outside of city limits and suburbs. Six rotors provide vertical takeoff while two electric fans in combination with uplift-creating wings ensure high forward speeds by reducing moving components to a minimum. The VoloConnect prototype is currently undergoing a rigorous series of flight tests to ensure that the aircraft and its systems meet performance requirements and are ready for the next stage of development. This phase includes a variety of tests, such as standardised low-speed, transition, high-speed, and engine failure testing for automated and later autonomous flights, all of which are standard-issue tests for an eVTOL passenger aircraft manufacturer.

Along with its other aircraft family members, the VoloDrone and VoloCity, the VoloConnect is positioned to increase Volocopter’s total potential UAM market. There are numerous technological distinctions between the VoloCity and VoloConnect passenger aircraft. The multirotor VoloCity air taxi will focus on intracity services, while the larger lift-and-cruise sister will specialise on longer urban and suburban operations.

Volocopter plans to completely integrate all three aircraft into customised UAM ecosystems for cities in the future, and to leverage its VoloIQ digital platform to connect all of the company’s flight operations, passenger services, maintenance, and more for a seamless mobility experience.