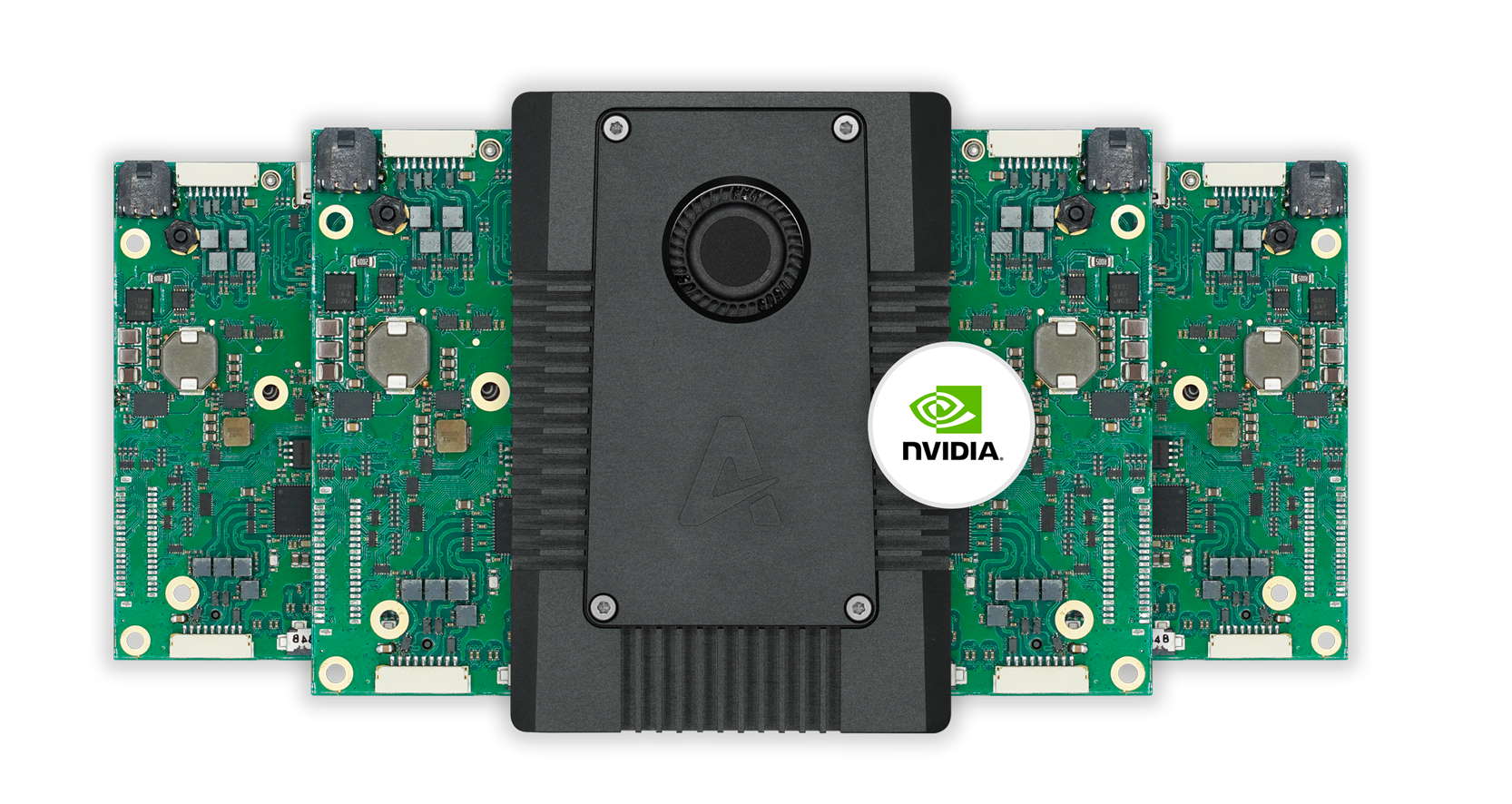 Auterion, the startup creating an open and software-defined future for enterprise drone fleets, announced today that AI Node, an onboard computer for drones and other mobile robots that adds supercomputer capability to SkynodeTM directly at the edge, is now available for pre-order. The AI Node readily connects with Auterion’s open ecosystem, giving end users a wider range of powerful solutions.

The NVIDIA® Jetson XavierTM NX, the world’s smallest AI supercomputer for embedded and edge systems, is installed in the AI Node, allowing it to analyse high-bandwidth sensor data directly for enhanced decision-making during operations. Object detection, tracking, and counting techniques that are compute-intensive can be employed on mission, in advanced applications for public safety, security, and wildlife conservation, as well as across industry use cases.

“As businesses use more powerful cameras and sensors on drones, the massive amount of data produced will overwhelm any present internet link, including 5G,” said Markus Achtelik, Auterion’s vice president of engineering. “It’s far more efficient to process raw data aboard using a supercomputer, allowing the operator or even the programme to make real-time decisions.” The AI Node gives corporations and other organisations the power to run sophisticated neural networks in parallel and distil input from multiple high-resolution sensors, resulting in speedier innovation.”

“Some of our customers have extremely specific requirements that necessitate a significant amount of onboard processing,” said Bobby Watts, Watts Innovations’ CEO and lead engineer. “We turned to Auterion and AI Node for this, which lets us to run GPU-intensive software onboard for vision-based precise landing, real-time mission navigation, and other vision-based capabilities.” Because AI Node is part of Auterion’s tightly knit ecosystem, integration and deployment are as smooth as they come.”

The AI Node also has the following advantages:

Prototyping and development on the spot. Teams can link numerous payloads and sensors using a variety of connectors that plug and play. Users can easily develop apps on AI Node by flexibly integrating with customer ecosystems and running Auterion OS with proven developer workloads.
Memory capacity is increased, and the system can be used in a variety of ways. Users can benefit from quick, non-volatile integrated memory for data logging and large neural networks, as well as a wide input voltage range for flexibility.
Deployment optimization. With the Auterion developer tools, it’s simple to optimise algorithms and deploy apps in containers using NVIDIA® libraries.

SkynodeTM compatibility is extensive. Built specifically for SkyNode, AI Node works in unison with it and the rest of the Auterion open ecosystem. The AI Node is available as a ready-to-use unit or as a reference design for customers that want to create their own hardware module. Because AI Node runs Auterion OS, the same software as Skynode does, the user experience is identical. As teams run their own form factor in production, enterprises can also use OEM versions of AI Node.

Spleenlab and other software developers are enabling new and more advanced solutions for end users. “With AI Node, drone manufacturers and integrators can immediately deploy Spleenlab’s compute-intensive VISIONAIRY® software and advanced AI algorithms onboard drones,” stated Spleenlab CEO Stefan Milz. “This enables them to improve system safety by performing duties such as ground-risk calculations.” Working with Auterion’s AI Node is a win-win situation for us as software vendors and users. We particularly like how simple it is to interact with and collaborate with other manufacturers in their ecosystem.”

Auterion is developing the world’s top autonomous mobility platform for enterprise and government users to improve data collecting, do high-risk operations remotely, and transport items with drones. The US government has chosen Auterion’s opn source technology as the baseline for its future drone programme. Auterion’s global customer base includes GE Aviation, QuantumSystems, Freefly Systems, Avy, Watts Innovations, and the US government, with 70+ people spread among offices in California, Switzerland, and Germany.