The E400 eVTOL mapping drone has been launched by Event 38 Unmanned Systems. 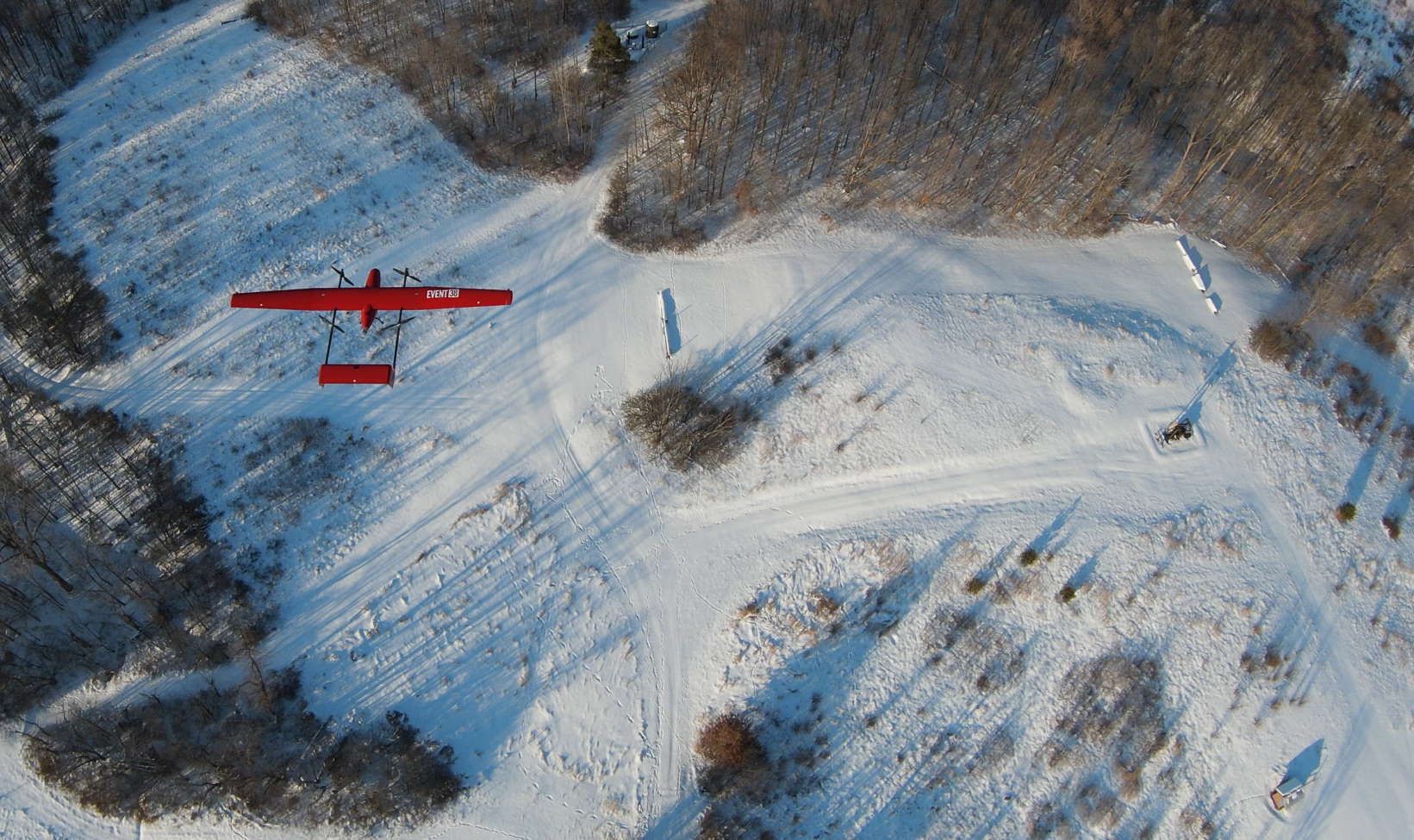 The E400 is a fixed-wing mapping drone with vertical take-off and landing (VTOL) capability and a payload capacity of three pounds, according to Event 38 Unmanned Systems, a prominent maker of American-made mapping drones. The E400 is designed and built in the United States.

The E400 is a high-performance drone with a ninety-minute flight time that leads the industry. This additional flying duration translates to increased range and margin, allowing operators to collect more data in a single operation. Furthermore, the E400 is far more stable at altitude and in windy circumstances than a multirotor drone, making it more robust and adaptable.

The E400 has a vertical takeoff and landing capability, which is one of the most desirable aspects of a multirotor drone (VTOL). At the stroke of a button, the E400 may take off or land anywhere, eliminating the need for specialised launch or recovery equipment.

“We’ve been building fixed-wing drones for over a decade, but the E400 is our first fixed wing drone with VTOL capabilities,” says the company. Event38’s creator and CEO, Jeff Taylor, said, “We’re incredibly proud to offer this service.” “At Event 38, we’re continuously searching for new methods to improve the use and accessibility of our drones. The addition of VTOL functionality increased the E400’s user-friendliness by leaps and bounds.”

In 2019, as part of a collaboration with the Air Force’s Rapid Sustainment Office, Event 38 began investigating VTOL functionality for fixed-wing drones (RSO). Taylor and his team tested a military-grade carbon fibre fixed-wing VTOL aircraft with the Air National Guard, which is now commercially available as the E400.

The E400’s hot-swap payload container is another another userfriendly feature. The cargo of the E400 may be changed in under a minute without the use of any additional tools or abilities, reducing downtime between missions. Customers can choose from a number of speciality cameras and advanced sensors, such as  highresolution aerial photogrammetry, thermal and multispectral images, LiDAR, and live video streaming, among others. Customers can integrate nearly any camera or sensor with the E400’s payload payload since it has an open interface.

The E400 fixedwing mapping drone is currently available for purchase through Event 38. Each E400 is handcrafted at Event 38’s Richfield, Ohio headquarters.

“The E400 is the only drone of its sort built in the United States,” Taylor said. “We’re tremendously proud to bring the E400 to market because it’s the result of all we’ve learned over the last 10 years and the breakthroughs we’ve achieved in conjunction with the military.”

Unmanned Systems: An Overview of Event 38

In Richfield, Ohio, Event 38 designs and produces fixedwing VTOL drones. We’ve sold over 600 aeroplanes to industry and governments all around the world since 2011. For a variety of sectors and applications, our drones collect geotagged data. Highresolution aerial photogrammetry, thermal and multispectral imaging, LiDAR, and live video streaming are all possible with Event 38 drones.