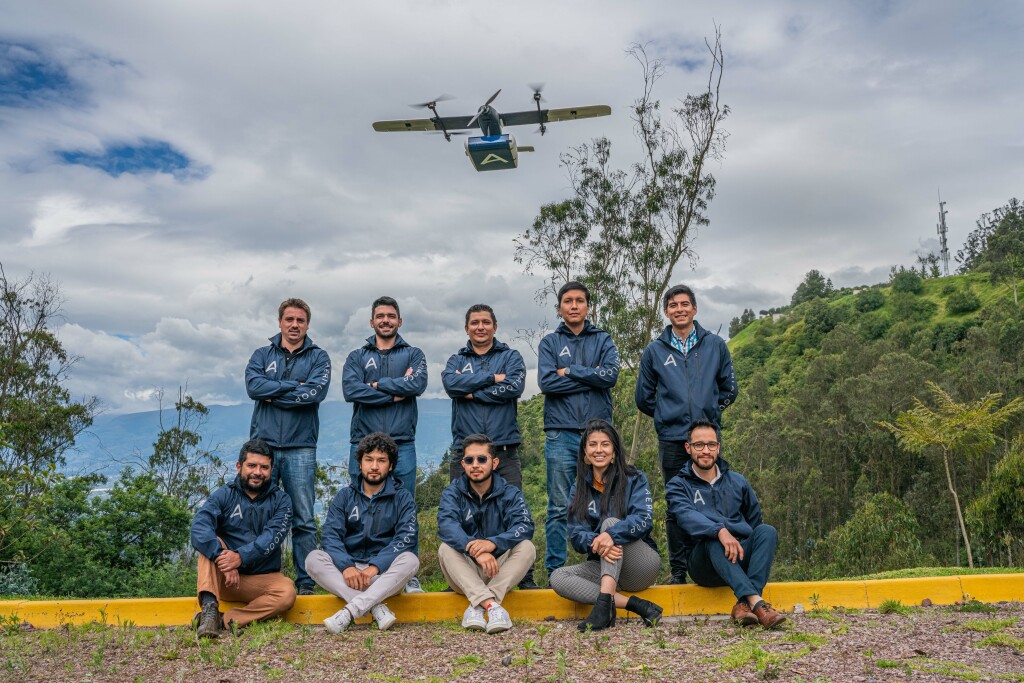 “Latin America is the world’s most quickly developing region when it comes to the investment of startup enterprises,” noted prominent journalist Andres Oppenheimer in a recent Miami Herald story.

I wasn’t surprised by the statement, having spent the last sixty days researching and drafting a report for Commercial UAV News, however I was astonished that the numbers were so clear, a stunning $19.5 billion last year alone.

The amount of talent I discovered during my numerous interviews in the region far exceeded my wildest expectations, and the fact that Latin American skies are less congested than those in the United States and Europe created ideal conditions for innovative startups addressing the region’s most pressing issues. This model is generating critical data that will be used to demonstrate that crewed and uncrewed aircraft may coexist safely in the future.

Aerialoop in Ecuador is a remarkable example of the mix of talent, uncongested skies, and an open-minded regulator. Aerialoop is the ultimate example of what happens when the best education meets chance and timing. It was founded by a group of aerospace and software experts.

For an exclusive interview, we spoke with Pedro Meneses, co-founder and CEO of Aerialoop, Santiago Barrera, Chief Operations Officer, and Andreas Antener, Chief Technology Officer, about their technology and the business plan they used to start their service. Pedro is an aerospace engineering graduate of Embry-Riddle University and a seasoned entrepreneur. Santiago is a former Sr. Director at Virgin Galactic and an Embry-Riddle University graduate, while Andreas holds a bachelor’s degree in computer science and a master’s degree in artificial intelligence.

“We’ve created an aerial delivery service to cover the middle mile, which is the trickiest and most valuable component of the full Point to Point delivery,” Pedro stated confidently. “The bottleneck, not the origin or the destination, is crossing the urban footprint in the locations where our service has been a spectacular success.”

Engineers at Aerialoop have created “hubs,” mobile reception/launch modules that can be put in pre-approved sites where deliveries come and are flown to the other side of the city, where a similar structure collects and distributes the products on the last mile to the final destination. “We carefully studied the different aspects of the aerial unmanned delivery model and determined that the biggest obstacle in our mountainous cities is not getting the package to the door of the house, but crossing city sectors through traffic or lack of infrastructure, almost always during rush hour,” Pedro said.”So we came up with the concept of Smart Instant Logistics, and the rest was developing the best mobile hub and the optimum airborne platform once the takeoff and landing locations were investigated and agreed upon with the civil aviation authorities.”

Aerialoop has strong aeronautical and autopilot software brainpower, which is one of the reasons they opted to create and construct their own drone with vertical takeoff and landing capabilities and the ability to change flying configuration to save battery life.

“We looked at a lot of various designs and ultimately landed on a fixed-wing configuration with auxiliary rotors that handle takeoff and landing phases of flight while a single forward-looking propeller is employed throughout cruise,” Andreas explained. “We’ve completed over 15,000 flights so far, with plans to complete 40,000 more by 2022, with an average ground turnaround time of 7.5 minutes and a flying time of 10 minutes each 20 km (12.4 mile) flight.”

The takeoff/landing hubs, which enable the transfer from ground to air and then back to ground, are another key feature of Aeriloop’s architecture and business strategy.

“We devised and built a semi-automatic battery changer that allows each hub to be touched as little as possible and can handle hundreds of consecutive flights without requiring any maintenance,” Pedro explained. “Every component of the operation was meticulously examined to ensure that costs could be cut by gradually optimising each phase of the flight chain.” It’s also worth thinking about the loop notion. In an unending loop of deliveries in both directions, one aircraft delivers in one direction and meets paths with a returning drone.”

What, on the other hand, makes this company model truly competitive?

“To complete the middle mile, the solution is in the ‘dollars-per-flight’,” Pedro explained. “If the flight cost is a disproportionate fraction of the total transportation cost, the business will collapse; but, if we can consistently cut this cost, the model has been proven correct.” We presently charge $2.08 each 20-kilometer flight, but our goal is to reduce that to $1.00, making the fly more affordable than traditional ground transportation.”

In terms of money, Aerialoop is already profitable, but they are launching an aggressive drive to raise venture capital in order to expand into other markets.

“We find the same situations in Quito, Ecuador, in practically every other significant metropolis in Latin America and around the world. “This low-cost middle-mile delivery system is desperately needed,” Santiago remarked. “Our goal is to become the world’s largest drone delivery operation, and to do so, we’ll need money to expand and continue to accrue flying hours and expertise dealing with the difficulties of dealing with regulators and ever-changing market realities,” says the company.

Aerialoop’s success in Quito is undeniable, and their goals to become a worldwide delivery company appear to be grounded in the reality of thousands of flights and reliable designs. We’ll keep an eye on Aerialoop’s progress and wish them the best of luck.