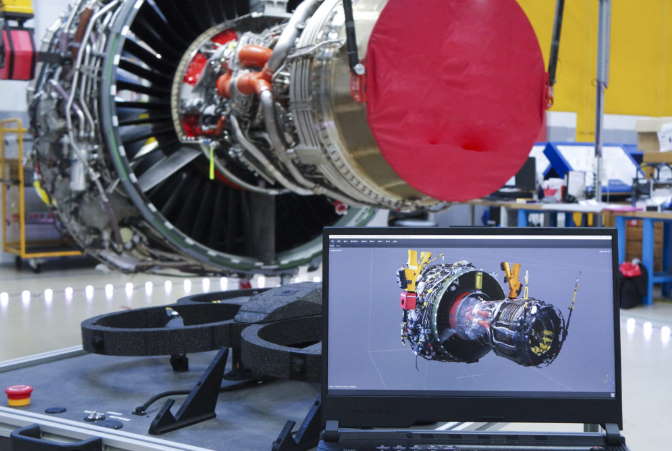 On April 20th, Donecle, the industry leader in drone-based automated aircraft inspection, announced the acquisition of Dronétix Technologie to broaden the scope of its robotic inspections for airlines and MROs.

Since 2018, Dronétix, a French firm, has been working on an autonomous mapping drone for industrial assets. Automatic data capture and 3D reconstruction of minor assets such as aircraft engines and landing gear are possible with this technology. The approach is simple to implement, and no prior object model is required. Safran, for example, has been employing a Dronétix drone for aircraft engine inspections in its Villaroche facility on a regular basis.

Donecle is now uniquely positioned to provide automated inspections from components to aircraft with uniform tools and traceability, thanks to the acquisition of Dronétix. The Dronétix system will be improved with Donecle’s top imaging technology and cloud connectivity, and the image datasets and AI technologies of both firms will be combined to improve performance even further.

“Donecle is the perfect match to further develop and commercialise our technology,” says Franck Levy, founder and former CEO of Dronétix. We hope to see the industry embrace robotic inspection much more.”

A Quick Overview of Dronétix Technology

Dronétix Technologie specialises in self-driving inspection robots that use artificial intelligence to map unknown items without requiring a pilot. Dronétix’s post-processing software includes automated inspection, photogrammetry, and point cloud comparison, and is based on object detection and machine learning. The system is perfect for creating and preserving digital asset records in production and maintenance activities.

Dronétix Technologie, now a Donecle company, will continue to check aeroplane components such as engines and landing gear.