Coventry City of Culture: A’record-breaking’ drone display is planned for the park. 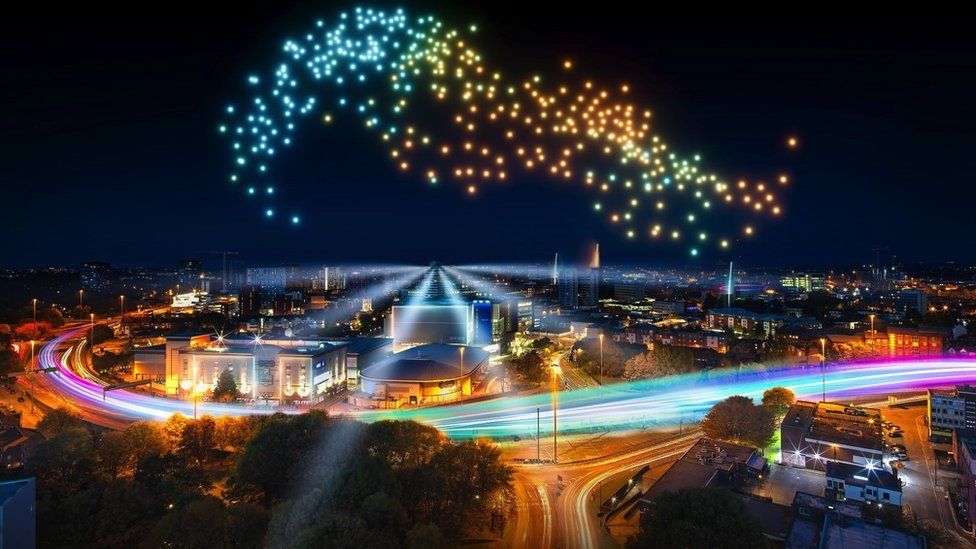 As part of the celebrations for Coventry’s final month as UK City of Culture, a “spectacular” drone display will be held.

On Sunday, the business Celestial will present the free exhibit ‘Our Wilder Family’ in War Memorial Park.

To produce the 16-minute light show, 360 drones will be employed as pixels.

“This world-record-breaking show will be the UK’s longest drone display,” organisers stated.

According to Celestial co-founder John Hopkins, spectators will be left with “visuals that will remain in their memories for years to come.”

The show will include local poetry as well as a musical composition by musician Dan Jones.

Our Wilder Family is participating in a weekend of festivities around the city.

From the 27th to the 29th of May, Radio 1’s Big Weekend will take place at the memorial park, with Harry Styles among the headliners.