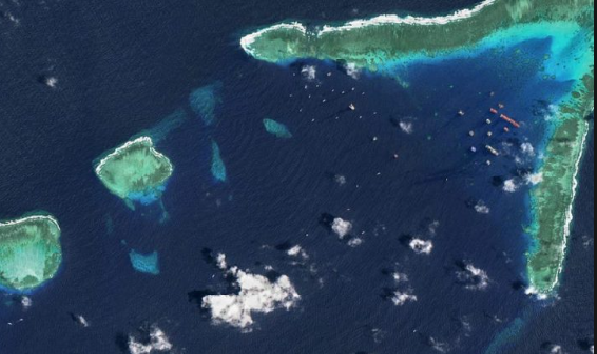 China has created a ship without a crew that can transport many drones.
The ship, Zhu Hai Yun, has an artificial intelligence system that allows it to travel on its own.
China has debuted the first crewless drone carrier in history, which utilises AI to find its way on its own on open ocean.

The ship has the potential to be employed as a military vessel, according to some experts, despite Beijing’s official description as a tool for marine research.

According to the shipbuilder, CSSC Huangpu Wenchong Shipping Co., the autonomous vessel, the Zhu Hai Yun (seen here), is around 290 feet long, 45 feet wide, and 20 feet deep and can transport dozens of aerial, maritime, and submerged drones outfitted with various observation tools.

According to Matthew Funaiole, senior fellow of the China Power Project at the Center for Strategic and International Studies, “the biggest immediate gain to China is probably data collection.”

We may see Chinese drones (both surface and subsurface, and launched from the Zhu Hai Yun) assisting to disaster mitigation, environmental monitoring, etc. from a purely scientific position, which is the angle China is promoting.

The drone mothership, however, may also be used by the Chinese military to gather intelligence in the disputed South China Sea, where a number of nations have contested territorial claims.

China has been stepping up its military presence and making more adamant claims of sovereignty over the sea in recent years.

Scientific endeavours can be a forerunner to or otherwise support military objectives, Funaiole added. “When dealing with China, we rarely have perfect insight into their intentions, but as we have seen with its efforts in the South China Sea.

The ship was initially unveiled in May, but after completing sea trials, it is anticipated to be delivered by the end of 2022, according to the South China Morning Post.

The “future of warfare” may involve unmanned systems.
According to the South China Morning Post, the ship employs the first artificial intelligence (AI) system in the world, named the Intelligent Mobile Ocean Stereo Observing System, which was created by the Southern Marine Science and Engineering Guangdong Laboratory.

According to the shipyard, the vessel will be remotely piloted and has a top speed of 18 knots, or around 20 miles per hour.

The ship is a new “marine species,” according to Chen Dake, the laboratory’s director, who stated this to the government-run Science and Technology Daily in 2021. This will revolutionise ocean monitoring.

China already ranks first in the world for shipbuilding and aspires to be a “maritime great power.”