Brinc Drones Support Ukraine with Technology to Save Lives 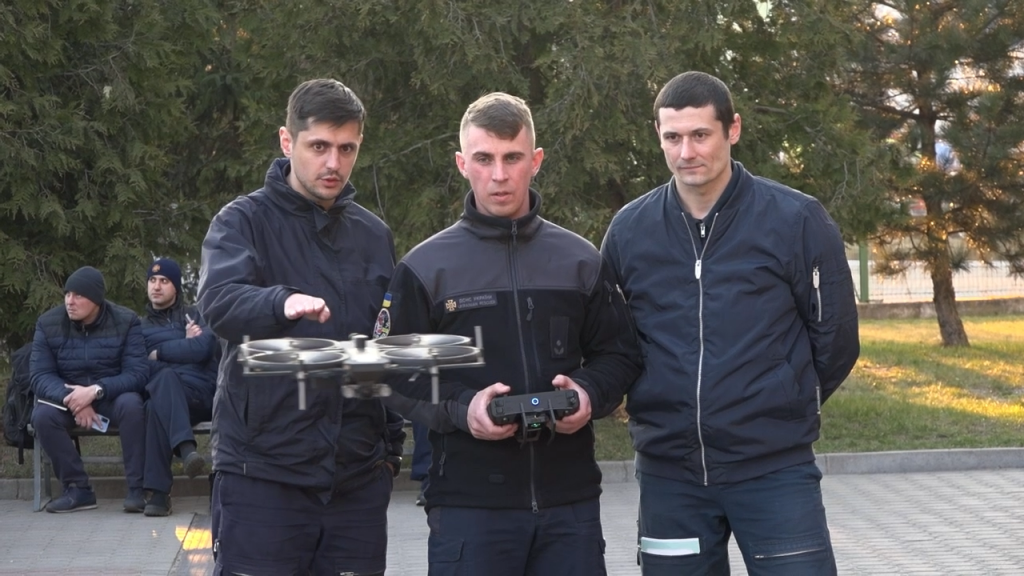 When Russia invaded Ukraine in February, Brinc Drones Founder and CEO Blake Resnick thought his company could assist the Ukrainian cause.

Brinc donated $150,000 worth of LEMUR drones to Ukraine in a matter of weeks, and his company overcame significant logistical challenges to get the technology to the war-torn country. Late in March, the first cargo came.

Brinc has been steadily increasing the number of drones it produces and selling them to NATO companies, who subsequently give them to the Ukrainian military. Drones are employed for a variety of activities, including search and rescue, reconnaissance, and more.

“For us, it goes all the way back to the beginning,” Resnick added. Brinc was founded by Resnick in the aftermath of a horrific shooting at an outdoor music festival in his hometown of Las Vegas in October 2017. Following the tragedy, Resnick, then 17 years old, approached local law officials to offer his assistance. He eventually created a drone that could respond rapidly to emergencies and offer fast, precise information. Hundreds of governments and public safety agencies around the world have since implemented the concept.

“I chose to design technologies to save lives after a shooting in my community,” Resnick said. “Another opportunity for our technology to fulfil that purpose,” he added of the Ukraine conflict.

Resnick and his Brinc colleagues had to move rapidly and manage a complicated set of logistical and governmental obstacles for the Ukrainian attempt. “Getting systems into Ukraine was really difficult,” he said. The initial plan was to ship the drones from Brinc’s manufacturing facility in Las Vegas to LAX, where they would be flown to Germany, then shipped to Poland, and then transferred to Ukraine.

“That was the original plan,” Resnick explained, “but once the hardware arrived in Germany, the German government became wary of allowing aid shipments to pass through their borders.” As a result, the packages were returned to LAX from Germany.

“We had to send our VP of Operations to travel overnight from Vegas to LAX to get all the stuff at this point,” Resnick explained. “He removed everything and stuffed it into several boxes, but customs in Germany went through it and smashed everything.” Brinc’s equipment eventually made it to Ukraine, though part of it was in bad shape.

He explained, “One of the things we’ve been dealing with is shipping them replacement parts and teaching them how to repair the battery connectors so that they’re functional.” “Another line of effort has been receiving many more orders to donate to Ukraine from NATO countries.”

Andrew Coté, Resnick’s Chief of Staff, is credited with assisting Brinc’s in fulfilling its pledge to Ukraine. He explained, “He used to be Deputy Assistant Secretary of Defense in command of Special Operations Command, where he undertook a lot of similar missions.” “He’s been quite helpful.”

Resnick also believes that his company’s start-up mindset has enabled them to complete the task.

“Being a startup helps because we can put our weight behind a certain goal, and people’s roles can completely alter,” he explained. “It’s like, ‘For the time being, don’t worry about it; let’s focus on the Ukraine support mission.’ After then, it’s all they do for the next few months.”

As the war continues, Brinc is committed to supporting Ukrainian operations. “We have more trainings coming up in Europe, and the number of systems we have to get into the country now has escalated a lot,” Resnick reported. “It’s even more difficult logistically, but at least we learnt something from the prior one.”

Brinc is planning to establish on-the-ground operations in Europe, in addition to training programmes and increasing drone shipments. “Building a field repair facility in Poland is something we’re really considering,” he said. “We’re searching for warehouse space and bringing some of our professionals to the country so that if our systems are damaged to the point where field repairs are impossible, we’ll be able to repair them.”