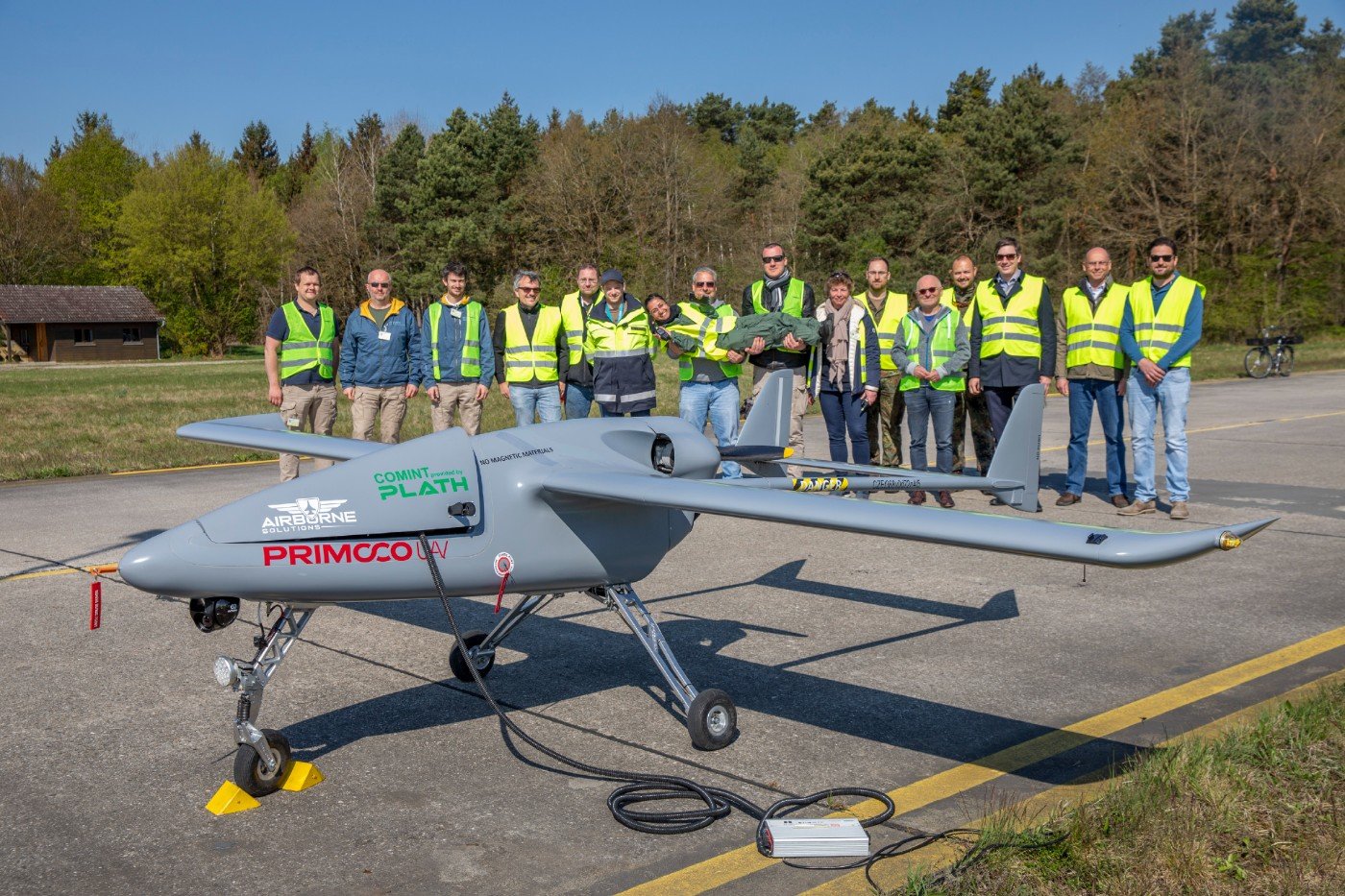 PLATH GmbH & Co KG of Germany and Primoco UAV of the Czech Republic performed the first successful BVLOS-flight of an Unmanned Aerial Vehicle (UAV) under an all-European LUC while regular air traffic continued in the Bundeswehr’s military airspace in Manching. With a take-off weight of 150 kg, a payload of 30 kg, and a flight time of more than 15 hours non-stop in the air, the flexible fixed-wing UAV Primoco One 150 is perfectly adapted to a variety of activities. PLATH’s onboard multi-sensor technologies, as well as its airborne radio and transponder, ensured safe air traffic management (ATM) and acquired all data required for the mission’s success.

BAAINBw L 5.2 gave the WTD 61 Geschäftsfeld 470 in Manching the task of conducting flight demonstrations to examine the Primoco One 150’s capabilities. The trip was made feasible by the use of a LIGHT UAS OPERATOR CERTIFICATE from Ingolstadt-Manching airport, where the Bundeswehr unit WTD 61, GF 470 is stationed (LUC). It was the first time a pan-European LUC operating permission was used, allowing the flight to take place in Germany (or anyplace else in Europe) without the need for further Luftfahrt Bundesamt LBA approval. The Federal Network Agency was in charge of frequency allocation for the first flight in Manching.

At the end of April, three flights were successfully completed. After a test flight in Visual Line of Sight (VLOS) to ensure seamless communication and procedures, the airspace was opened to other aircraft. Several missions were done during the subsequent BVLOS (Beyond Visual Line of Sight) flight and the BVLOS endurance flight the next day, with an emphasis on flying parameters, navigational accuracy, and other elements. The PLATH system, which consists of onboard multi-sensor technologies and multi-platform connection, assisted the aircraft in passing all of the Bundeswehr’s operational testing. Furthermore, the UAV is outfitted with an airborne radio and transponder, making air traffic management (ATM) simple and safe, as well as providing all critical data for this forward-thinking flight mission.

The plane was equipped with a ballistic recovery parachute to reduce the landing impact in the event of an emergency. Both civil and military drone pilot certificates are held by the Primoco flying crew. The excellent teamwork that led to this successful test demonstrated that the team’s UAV can be quickly incorporated into a modern army structure and can carry out its missions safely and effectively while adhering to the most up-to-date aviation standards.

“I am glad to have this fantastic cooperation with Primoco, where their competence and involvement enable us to deliver our high-tech sensor systems to the area of interest and make this success possible,” said Heiko Fimpel, Director Presales at PLATH. I’d like to express my gratitude to the Bundeswehr for the competent, amicable, and constructive partnership that led to this significant milestone in German military aviation. The UAV will have a bright future because it can be easily adapted to different types of sensor operations and integrated into the modern army structure.”

“I’d also want to thank the entire Bundeswehr team and base command, who gave great support for making this evaluation possible,” said Ladislav Semetkovsk, CEO of Primoco UAV SE. Despite the fact that the exercise was conducted under a civilian Light UAS Operator Certificate (LUC), the plane is designed to meet military STANAG 4703 criteria. The LUC was chosen because it allowed us to carry out the activities as we saw fit within the parameters of our approval, with no extra delays or clearances required. Our team enjoyed talking with representatives from several Bundeswehr units and departments, as well as our partner PLATH, who provided us with valuable input on our technology, as did the Bundeswehr team.Obviously, operating from such a prominent location as Ingolstadt-Manching necessitated meticulous planning and the avoidance of any potential dangers to the base operation.